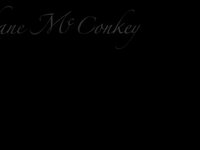 A documentary on the late Shane McConkey was in production in the spring of 2009. On March 26, 2009, four days into the shoot, the legendary ski pioneer was tragically killed during a wingsuit ski BASE jump in the Italian Dolomites. Like everything else in Shane’s life, the in-depth accounts over those four days were powerful and inspiring. Many of the sport’s core-enthusiasts followed Shane on his endeavor to take skiing where it had not gone before. Using his parachute to ski lines seemingly incapable to man, “close-out lines”, Shane pushed the sport and allowed us to witness the incredible . . . the inexplicable. While we are left with the indelible mark he left on our sport and vivid imagery that accompanies it, few were privy to the gentler side of Shane McConkey. Through interviews with Shane, his wife and daughter, as well as snowboard legend Jeremy Jones and his daughter, the short film “Shane and the McConkey’s” provides a unique portrayal of a doting father, husband and friend that is as much (and to many, more) Shane’s legacy as rockered fat skis and wingsuits.