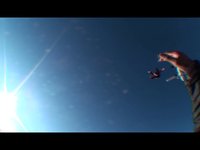 Mikey’s first trip to skydiving Mecca – Skydive Arizona! Compilation of some fun jumps made with Charles Wilkin over Eloy, Arizona during Columbus Day weekend 2011, as well as footage of a successful and totally badass eight-way night jump – which was also Mikey’s SCR and SCS jump! Fun times!!!

Music by Enigma and Vangelis