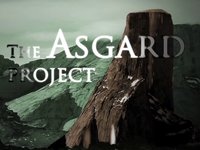 Subscribe to our Vimeo channel for FREE and stay updated on top climbing videos. vimeo.com/​channels/​iclimb

The film follows Leo’s ambitious project to make a first free ascent on the North Tower of the incredible Mt Asgard on Baffin Island deep in the Arctic. Leo teams up with fellow big wall climbing god, Stanley Leary (USA), the duo hope to make a wingsuit descent from the summit. Arriving late in the season the trip soon begins to go wrong, after a spectacular arrival skydiving over Mt Asgard, conditions turn against the team where just reaching the base of the climb becomes a massive challenge.

The film produced by multi-award winner, Alastair Lee, is an all out spectacular film documenting a truly cutting edge adventure with all its twists and turns.

Prior to the Baffin trip they embark on training trips to Riglos, Brento in Italy and El Cap in Yosemite.